To better understand autism, it is necessary to understand its genetic and environmental determinants, its development, generally accepted ideas surrounding it, how to recognize its multiple facets, and the best practices and intervention strategies that can be put in place.

Autism is a neurodevelopmental disorder characterised by difficulties in social relations and communication and by rigid patterns of behaviour in affected individuals. It also involves atypical processes of perception, attention and motor development. First defined narrowly as a disorder involving lack of affective contact, preservation of routine, fascination with objects and deficits in language communication, autism has now been recognized as a complex syndrome that varies enormously in its severity and its manifestations. This new awareness has led to a redefinition of autism as a spectrum of disorders. It is estimated that about 1 in 400 individuals exhibits the symptoms of the core syndrome of autism whereas 1 in 100 individuals falls into the autism spectrum.

Concern has been expressed in the mass media that the incidence of autism could be rising. There is however no conclusive evidence that autism is becoming more widespread for three main reasons: The definition of the disorder has changed, making it difficult to compare older and newer estimates of incidence; the methodology for estimating incidence has evolved; the increasing interest for autism could lead to the detection of more cases. A better understanding of the disorder will lead to more accurate estimates of its incidence.

Even if twin and family studies have shown that autism has a strong genetic component, so far no specific genes or other biological characteristics has convincingly been associated with the disorder, which is diagnosed on the basis of behavioural characteristics. The diagnosis is usually posed in the second year of life or later. The care of autistic children is highly demanding of parents and community resources, and even if many affected children will grow up to live fulfilling lives, many others will experience the lifelong negative impact of important medical, educational and social difficulties. Current research on autism seeks to understand the genetic and environmental underpinnings of the disorder, and to devise intervention programs that take into account the considerable differences between affected individuals as well as the changing manifestations of autism during development.

The way we understand autism has evolved considerably over the last decades. The perception of the disorder became more complex as scientists began to recognize heterogeneous conditions, varying in severity but still defined entirely by behavioural patterns and by social impairments. Today, the appellation “autism spectrum disorder” (ASD) is given to a set of conditions involving difficulties in social communication and restricted interests and behaviours. Moreover, recent research highlighted how many autistic individuals show atypical patterns of perception, attention and motor development. Autistics and ASD individuals do not show deficits in attention and information processing per se but, contrary to the general population, are biased toward non-social stimuli. For example, young autistic children are less likely to orient their bodies toward the voice of their caregivers but are able to detect rapidly and accurately non-social sounds. When looking at a face, they tend to focus less on eyes and more on other facial features. In fact, as long as non-social stimuli are the object, autistics tend to perceive and process visual and auditory patterns faster than average. They are also better at mentally manipulating two-dimensional objects. These findings are leading scientists to see autism in terms of qualitatively and quantitatively different patterns of processing information.

Little is known about the causes of autism and ASD. It is well established that this disorder has a genetic basis because the genetic relatives of an affected individual are more likely to be affected than people in the general population.

Whatever the causes of autism are, one defining characteristic is its early appearance. The diagnosis is usually made during the second year of life or a bit later, but retrospective studies of home videos of autistic children show atypical patterns of relating in infancy. These early symptoms cannot however be differentiated clearly enough from normal development to allow a diagnosis in the first year of life.  In some children, the development of social skills seems to stop progressing or decline. Studies have found that social communication eventually improves over time in most autistic children even though keeping up with the growing complexity of their social world remains a challenge. Overall, autistic children vary enormously in their social communication outcomes, some reaching age appropriate language and others progressing little.

Autism is now recognized as a complex, multi-facetted condition, and interventions designed to improve the outcome of affected individuals must take into account this heterogeneity. Intervention studies are however limited because they are unlikely to address the full range of individual differences in the manifestations of autism and autism spectrum disorder (ASD). Another important challenge is to decide which symptoms of autism are to be assessed and which are likely to change in response to what type of intervention for which variant of autism. Moreover, as the prognosis for individuals with autism or ASD depends largely on their level of language and cognitive development, intervention studies must include both standard and autism-specific measures of achievement. For all these reasons, intervention studies in autism are difficult to conduct.

Two categories of intervention exist: those focusing on behaviour and those focusing on communication. The behavioural approaches are generally long term, intensive programs. An example of one such intervention is the Early Intensive Behavioural Intervention (EIBEI) which involves 30-40 hours/week of therapists working with the children and additional consulting time for parents. Less intensive interventions have also been tested but results are conflicting as to whether they are as effective as EIBEI. Behavioural approaches were shown to improve cognitive and language outcomes of autistic children but no improvement of autism-specific symptoms was obtained. Communication approaches to intervention are more centred on parents. This type of intervention has shown mixed results, but also improvement in parent-child interaction and communication although the improvement did not generalized to other contexts. To sum up, extensive intervention programs show that cognitive and communication outcomes of autistic children can be improved, but no intervention to date has resulted in decrease of autism severity.

The atypical perception and attention of autistic children should be taken into account when devising intervention programs and services. We could capitalize on our understanding of autistic children’s peculiar attentional characteristics, like their enhanced attention toward perceptual regularities of auditory and visual patterns, to help them understand the non-autistic world instead of asking them to fit the mould of typically developing children. Such an approach would require educating parents and caregivers about the current understanding of autism alongside offering support and services. Ultimately, a greater societal acceptance of the social differences of autistic children is needed.

Finally, more research is also needed to identify the biomarkers of autism. One challenge to the identification of biomarkers is the heterogeneity of the manifestations of autism at both behavioural and neurobiological levels. Another challenge is to take into account the environmental contexts affecting the biological processes. 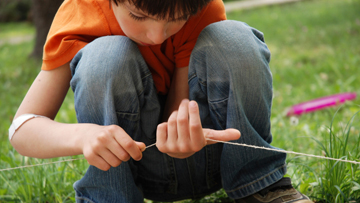 What are the signs and symptoms of autism?

Autism emerges in infancy with subtle and variable early signs that transform into clear symptoms between 2 or 3, and sometimes much later. Young autistic children are different from their peers in the following areas:

Other signs such as developmental delay are also common but they also overlap with risk signs for other developmental conditions. Parents and service providers should be well informed of the early signs of autism so that children can be treated earlier with more successful outcomes.

The Emergence and Developmental Course of the Social Characteristics of Autism

Brain Maturation of Newborns and Infants