Gender socialization is the process through which children learn about the social expectations, attitudes and behaviours typically associated with boys and girls. This topic looks at this socialization process and the factors that influence gender development in children.

Gender: early socialization: boys and girls - Two of a kind?

Gender socialization1 is the process through which children learn about the social expectations, attitudes and behaviours associated with one’s gender. As children attain a sense of their own gender identity (i. e., knowing whether they are a girl or a boy), they pay heightened attention to information related to gender, and especially to same-gender models. This gender awareness, in combination with an early exposure to gender from multiple sources of socialization such as parents, siblings and peers, has immediate consequences on children’s attitudes and behaviours toward members of their own and other-gender group. For example, children may favour their own gender in their attitudes (having more positive feelings towards own-group members) and show gender discriminatory behaviours (preferring to interact with members of their own gender only). This gender segregation, may be supported by adults but more often is the choice of children themselves and may become problematic because children need to be able to function in gender-integrated settings (e.g., day care or school). While children develop skills to interact with members of their own gender, their abilities to relate effectively with girls and boys are more limited. Accordingly, it is important to provide young children opportunities to play in mixed-gender groups in order to help them develop positive interpersonal relationships with both boys and girls across a range of settings.

Gender is one of the first social categories children become aware of. By the time they are three years old, they have formed their gender identity. They also begin to learn cultural gender stereotypes: that certain behaviours, activities, toys and interests are typical for boys and girls. Although children play an active role in shaping their gender identity development, their knowledge about gender comes from many sources of socialization, including parents, peers and teachers.

Parents provide children with their first lessons about gender. Although gender-egalitarian attitudes have increased in many cultures over the past decades, parents and especially fathers typically have different expectations for their sons and daughters with regard to personality traits, abilities and activities. Parents’ roles inside and outside the family also influence children’s conception of gender roles. Nowadays, most women pursue jobs outside of the home, and men are increasingly involved in child care and housework. Interestingly, children who are raised by same-gender parents or who are exposed to father’s child care involvement may be less likely to endorse gender stereotypes. In addition, father’s participation in domestic duties and/or child care is associated with a lower likelihood of violence toward children.2 Finally, parents reinforce gender stereotypes when they provide their sons and daughters with different toys, or when they describe general patterns about each gender (e.g., “girls like dolls while boys like football”).

Another important way in which children learn about gender is through their interactions with peers. During early childhood, children prefer to play with peers who share similar interests or who they believe share those interests, and thus are more likely to be socialized by their same gender peers. While spending time with their friends, boys and girls learn what is appropriate for one gender or the other. This gender socialization can be direct or indirect. For example, children learn about gender stereotypes through their peers’ direct comments (e.g., “long hair is for girls while short hair is for boys”) and/or negative reactions when failing to conform to their gender expectations. Likewise, children learn and adopt gender-stereotypical behaviours (boy-typical versus girl-typical behaviours) as they spend more time interacting with members of their own gender.

In addition to parents and peers, teachers are another source of gender socialization. Similar to parents, teachers have gender expectations, model gender roles, and reinforce gender-stereotypical behaviours in their classrooms. For example, educators may reinforce gender stereotypes by labelling and organizing students in group activities or by creating different activity centres for boys and girls. This gender segregation, in turn highlights gender as a social category and reinforces children’s gender stereotypes and avoidance of cross-gender playmates.

Although it is clear that parents, peers and teachers socialize children to think and act in gendered ways, boys’ and girls’ development is also influenced by biological factors, such as sex hormones, which influences children’s preferences for activities.  As such, gender’s development might be best described as resulting from the interaction between gender socialization and biological factors.

Parents and service providers are encouraged to provide children with a wide range of toys and activities during early childhood. Likewise, it is recommended that parents and teachers create playful environments where children interact positively with both boys and girls. These interactions would help children to develop skills to interact effectively in mixed-gender groups and to gain a better understanding of gender differences and similarities. In fact, parents, educators and practitioners are highly encouraged to pay attention to the stereotypic beliefs children express regarding each gender,as some may foster negative behaviours and attitudes against the other gender. This concern can be addressed by exposing children to counter-stereotypic models (e.g., a female hockey player or a male nurse) and by teaching them that being a girl or boy is more than just looking pretty or acting tough. Indeed, it is recommended that parents and educators discuss and challenge gender stereotypes with children (e.g., ‘girls can also be great soccer players’). Yet, while it is recommended to challenge children’s gender stereotypes, interventions might be most effective when they make gender less salient as opposed to more salient. Finally, educational policy makers are encouraged to emphasize the importance of co-educational school environments as they promote more gender-egalitarian attitudes and behaviours than all-boys/girls schools. 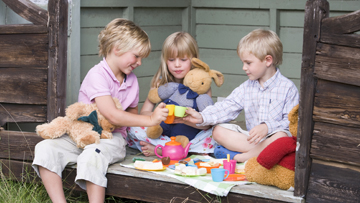 What are the winning attitudes required to support gender development in children?

Very early on young children can already make the difference between males and females, and by age 3 they know their own gender.

The best way adults can help support children’s gender development is by:

Parents’ Socialization of Gender in Children

Peer socialization of gender in young boys and girls 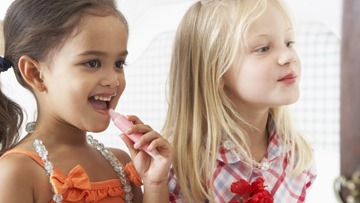 Does biology play a role in gender development and behaviour?

For example, some differences between typical boys and girls can be explained by the effect of genes on sex chromosomes, and by the levels of sex hormones and their effect on the brain during early development (e.g., prenatal exposure to high levels of male-typical hormones). Hormonal changes carry on into puberty and adulthood.

However socialization can also play a role by enhancing or countering biological influences. For example, girls exposed to higher levels of male hormones before birth have more interest in “boy” activities, but socialization may force them to behave in a way that is more typically “girlish.”

Child Development and the Emotional Circuits of Mammalian Brains