Childhood obesity can affect children’s health for the rest of their lives; it is directly associated with adult obesity, itself associated with many health problems. A good understanding of the causes and consequences of this problem is necessary in order to take preventive action.

Childhood obesity: you can help prevent it

Obesity is characterized by an excessive accumulation of body fat resulting from an imbalance between energy intake and spending. The reduced need for being physically active in the contemporary way of life, combined with the availability of affordable high-calorie food, contributes to the creation of an environment that increases the risk of obesity (“obesogenic” environment) in developed countries and, increasingly, in the developing world. The prevalence of obesity rose in the last decades among all age groups, including young children. In 2010, about 42 million children under the age of five were estimated overweight or obese, of whom almost 35 million were from developing countries. Once thought naturally physically active, young children spend in fact 80% or more of their time being sedentary. Children are considered overweight when their body mass index (BMI: the weight in kilograms divided by the height in meters) falls between the 85th and 94th percentile in established charts, and obese when their BMI falls at the 95th percentile or more, adjusted for age and sex. It is estimated that almost 10% of children younger than two years are obese and that over 25% of children aged between 2 and 5 years are overweight in the U.S. Yet, these prevalence rates should be interpreted with caution due to the variance across the U.S populations. In low-income populations (e.g., Hispanic populations), the emergence of childhood obesity is highest and emerges most rapidly in the first few years of life.

Childhood obesity is associated with adult obesity, itself associated with hypertension, coronary artery disease, and diabetes. Obesity is very difficult to treat once developed and puts affected children at risk for lifelong health problems and reduced quality of life as well as social stigma and exclusion. Thus, the individual and social cost (e.g., health care) of obesity is a heavy one. The focus of childhood obesity research is on the causes and consequences of obesity, successful intervention programs, and effective prevention strategies.

If obesity is the direct result of insufficient energy expenditure relative to energy intake, the causes of this imbalance are complex and vary between individuals and social contexts. The family is a first and fundamental context for understanding children’s eating and activity behaviours. Parents provide children with genes as well as the environments in which behavioural habits develop. Obese mothers tend to have obese children, but disentangling the genetic vs. environmental contributions remains a challenge.

While genetic contributions to body size are widely acknowledged, recent research has also revealed that eating behaviours are partially under genetic control. Individual differences in appetitive traits (eating speed, sensitivity to fullness, enjoyment of food, etc.) and eating behaviours (e.g., eating snack food when not hungry) may be a causal factor in the development of obesity. These differences could explain in part why the features of the environment that increase the risk of obesity do not affect all individuals equally; some people are more at risk than others because of their appetitive traits and eating behaviours.

Where the environment is concerned, children are thus growing in a world that gives them many opportunities for passive entertainment and provides an abundance of food. Studies of the activity level of very young children are few but their results indicate that infants and toddlers follow the trend toward lower levels of physical activity and higher level of screen-based entertainment. Moreover, changing social norms have resulted in a diminution of the time children devote to outdoor active physical play in favour of indoor play and/or academic activities in kindergarten and school.

Parental practices can reduce the risk of developing obesity in young children when encouraging physical activity, limiting the time allowed to passive activities such as television watching and other screen-based activities, and by being role models. Family practices also influence children’s eating behaviour, notably because parents decide the kind of food, the amount served to children, and the timing of meals. Some studies suggest that when parents restrict children’s access to palatable but unhealthy food they increase children’s desire for it. However, other studies suggest an interactive relationship instead of a causal one: parents’ feeding practices would be responsive to, rather than causal of, the eating behaviour of their children. The control that parents exert on the family environment influences the children’s exposure to the environmental risks that foster overweight and obesity development.

Exposition to an environment that increases the risk of obesity begins before birth. Some studies suggest that features of the intrauterine environment (including exposure to maternal obesity, smoking and diabetes) can increase the child’s long-term risk of obesity. A rapid weight gain during infancy could also predispose to obesity in later life.  However, there is evidence that today’s health professionals still emphasize weight gain in infants, even though nutritional deficiency is rarely diagnosed in developed countries whereas obesity diagnoses keep rising.

Sleep has also been associated with obesity. Children sleep duration has declined in the past decades and there is growing evidence that short sleep duration is a determinant of obesity, possibly through its effect on hormone regulation and because less sleep means longer exposure to the features of the environment associated with obesity, like high-calorie food and passive entertainment. A study showed that an intervention directed at new mothers that addressed solid food introduction and soothing/sleeping behaviours resulted in lower weight-for-length in infants, though interventions focusing solely on feeding or sleeping had no effect.

Intervention studies aim to find strategies that would mitigate the risks and reduce the impact of obesity on children’s health. It is worth noting that so far, no intervention strategies has ever proven to reduce body weight on a long-term basis for a significant number of individuals. An emphasis on weight loss can create more problems, including repeating cycles of weight loss and gain, eating disorders, and reduced self-esteem, whereas inducing healthy behaviours may improve health regardless of weight loss. Therefore, even if treatment is important, prevention of overweight and obesity should be the primary target of intervention programs.

Prevention of obesity should begin before birth and account for genetic and prenatal conditions. Intervention with overweight women before and during pregnancy aiming at diet and behaviour change could reduce exposition of the foetus to smoking, obesity and diabetes. Current policy recommendations should be examined regarding the monitoring of weight gain by pregnant women and infants. The focus of this monitoring should shift from ensuring adequate weight gain to prevention of obesity. For example, although it is recommended to wake up newborns for feeding every three to four hours, this practice should be stopped when the baby has regained his or her birth weight and is growing steadily. Training new mothers in the introduction of solid food and appropriate soothing/sleeping behaviours could also help control infants’ weight gain.

Prevention programs can be extended throughout the preschool years by targeting the activity level and dietary habits of children. Some studies showed that short-term reduction in saturated fat intake can be achieved, although the effect disappeared after two years and effectiveness seemed to vary among ethnic groups. The combined results of studies showed that intervention directed at young children can result in a decrease of weight-for-length as measured by the Body Mass Index (BMI). Interventions aimed at preventing obesity should also promote sufficient sleep.

Prevention programs can also target the aspects of children’s environment that increase the risk of developing obesity, such as the availability of passive entertainment and high-calorie food. Children should be encouraged to play outside, but introducing new play equipment is not enough to induce more physical activity. Parents can play an important role and improve their family environment by setting rules, modelling healthy behaviours and limiting the use of screen-based entertainment. Schools could also help reduce the risk of developing obesity by leaving children more time for active physical play.

In short, the current epidemic of obesity must be addressed by the following multifaceted interventions: 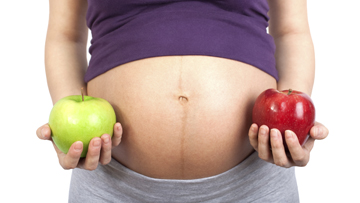 How can we prevent child obesity?

The best way to prevent child obesity is to start before birth and to take into account children’s genetic and prenatal conditions.

Parents can encourage and be good role models for healthy eating and physical activity, including limiting screen time and access to high-calorie food. Further, schools can build into the school day more time for active play.

All strategies should be based on health benefits rather than weight loss.

The Prenatal Origins of Obesity: Evidence and Opportunities for Prevention

Obesity Prevention in the Preschool Years