Culture shapes experiences and influences children’s development. This topic aims to show how child development and culture are connected, how these influences manifest themselves, and the effects of cultural differences on children of immigrant families.

How Important Is It?

With the emergence of globalization and the growth in multicultural nations, it has become imperative to study the link between child development and culture. Culture broadly refers to a group’s shared attitudes, traditions, beliefs and practices that are transmitted across generations. Cultures shape children’s experiences, and cross-cultural work attempts to study the processes by which these influences occur.

Two distinct frameworks have been used to explore the connection between culture and child development. The most commonly used is the etic framework, where a method used to measure a concept, such as social competence, is assumed to be pertinent to all cultures. One potential risk associated with this framework is a failure to explore other more culturally-relevant definitions of a concept. For instance, ren or patient endurance is used to define social competence in China, and is observed when children detach themselves from confrontation to encourage the opponent to show self-control. Although this construct is different than conceptualizations of social competence in western countries, the distinction may not be acknowledged through an etic framework. This framework can also be disruptive for the dissemination of local knowledge, practice and traditions that are used to educate children. In contrast, the emic framework considers the meaning of a given concept, practice and principle for members of a cultural group, and is a more unbiased approach to understand how culture influences child development.

Broad cultural trends have been categorized through the dimensions of individualism and collectivism. Individualism is related to Western ideologies about independence and competitiveness, whereas collectivism refers to Southern and Eastern dogma about interdependence and group harmony. Although these dimensions coexist within nations, it is assumed that some cultures are more individualistic, or more collectivistic, than others. This allows researchers to understand why the same behaviour or practice carries different meanings across cultures.

Culture influences several spheres of child development. A child’s learning experiences in a culture without an official education system are shaped through their participation with or observation of adults engaging in culturally relevant activities (e.g., girls learning how to weave from their mothers in the traditional Mayan peasant culture). Culture also plays a role in socio-emotional development by either promoting or discouraging particular behaviours. Although most of the existing knowledge about socio-emotional development comes from studies with North-American children, there is evidence for cultural variability. For instance, pretend play is far less common in children from Eastern countries, such as Korea, than in Western children. When this form of play does occur in Eastern cultures, children often impersonate a family member but rarely pretend to be a fairy tale character.

Differences in temperament also exist between cultures. Preschool children from Korea and China tend be more anxious, inhibited and withdrawn, and less sociable than their Western-European counterparts. Whereas a child’s inhibited conduct is associated with a risk of troubled peer relationships and internalizing problems (e.g., loneliness and depression) in Western cultures, these difficulties are much less common in inhibited children from Eastern cultures, though new research shows that children from India and urban China are equally at risk. These differences can be explained through the meaning assigned to these behaviours. In East-Asian cultures where group harmony is valued, an inhibited child is viewed as socially-competent, obedient and polite. In contrast, an inhibited child in Western cultures is perceived as apprehensive and lacking in social skills.

Children from cultures emphasizing interdependence tend to act less aggressively and more prosocially than children from nations where independence and competitiveness is valued. Compared to European-American mothers, more Chinese mothers believe that their child should act prosocially to conform with group norms (e.g., fitting in) and emphasize self-control as a childrearing practice. Regardless of the culture, one universal trend is that children who are prosocial and nonaggressive are liked by other children.

When families immigrate from a culture emphasizing interdependence into a culture emphasizing independence, children can receive conflicting socialization messages at home and at school. The Bridging Cultures Project was designed to alleviate this cross-cultural value conflict by training teachers to understand both cultural orientations and make a bridge between them in the classroom.

The meaning of friendship also differs across cultures. In nations such as Cuba and Korea where friendships are an index of success, school-age children report closer relationships with peers compared to North-American children. Children in Eastern cultures also use detachment to resolve conflicts with friends while Western children prefer to negotiate with their peers.

Every nation shares a desire to promote child development, but cultures differ in their beliefs about which child outcomes should be prioritized. An illustration of this is seen in the different national versions of Sesame Street. While the original American television program was developed to promote learning of reading and counting, an adapted version in Northern Ireland dedicates equal portions of the program to the learning of prosocial actions, and in the Israeli Rechov Sumsum, the content of the program emphasizes mutual respect and understanding.

The importance of culture requires practitioners and policy makers to be knowledgeable about culture and child development. This is a pressing issue in host nations, where addressing the needs of a diverse population of immigrant children who differ in acculturation (changes resulting from the meeting of cultures) extends beyond a linguistic issue. Immigrant families should also be informed about how different ideologies can contribute to their child’s difficulty with peers in the host country. One way to achieve optimal adaptation for these children is to form positive and productive alliances with families and communities. Identifying what works best in one particular environment should be carefully validated, and must reflect a community’s needs.

Training field workers to be culturally sensitive is essential to understand the meaning of a child’s conduct and allow them to identify it as normal or problematic. The Bridging Cultures Project was designed to train teachers at the preschool and elementary level to become aware of the collectivistic or familistic cultural orientation that children from Latino immigrant families with roots in Mexico or Central America bring with them from home into their school environments. Bridging Cultures professional development also educates teachers to become aware of the individualistic value orientation engrained in the school environment and of the value conflicts between these two cultural orientations. Teachers trained in the Bridging Cultures paradigm have developed many techniques that make a bridge between the familistic collectivism of a Latino immigrant home and the individualism of a U.S. school.

In some cases, professionals require a completely unique approach that includes goals and conditions that are tailored to local beliefs and traditions. These changes are also likely to encourage the involvement of cultural community members in the education of their young children. For example, Aboriginal communities in Canada advocate for a formal education curriculum that teaches children about their history, descendants and cultural roles. They also argue that children’s learning can be enhanced through a self-esteem boost, emphasizing strengths rather than deficits.

Just like mental and physical health can enhance learning and development in young children, so can cultural fortification. Thus, intervention programs in early childhood should always allow flexibility for cultural adjustments, and enable families to incorporate services smoothly into their life. 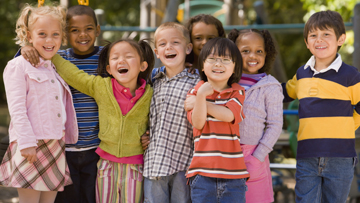 How does culture shape child development?

Through their culture children learn which behaviours and temperaments are preferred or discouraged.

For example, independence and self-esteem are valued in some cultures; interdependence and the strong connections are preferred in other cultures. One universal trend is that children who are pro-social and nonaggressive are liked by other children.

Early childhood educators should be trained to understand and bridge the cultural orientations of children in their classrooms. Intervention programs should always be flexible enough to adjust depending on culture and to help families to incorporate services smoothly into their life.

We all need to understand how culture shapes child development in order to improve the lives of children in a way that respects their cultural backgrounds.