Temperament consists of the individual differences in emotion, motor activation and attentional reaction to stimuli. Temperament shapes children’s outcomes and influences the way they interact with their environment and how adults and children respond to them.

Temperament refers to individual characteristics that are assumed to have a biological basis and that determine the individual’s affective, attentional and motor responses in various situations. For example, temperament can affect young children’s mood and emotions, how they approach and react to situations, their level of fear, frustration, sadness and discomfort, etc. These responses also play a role in subsequent social interactions and social functioning. A temperamental disposition refers to distinctive patterns of feelings and behaviours that originate in the child’s biology and appear early in development. Children’s temperaments shape their outcomes, in part by forming the ways that children engage and evoke responses from their environments. Children interpret their environmental experiences differently depending on their temperaments.

One of the basic dimensions of temperament is effortful control. Effortful control includes the abilities to voluntarily manage attention and inhibit or activate behaviour as needed to adapt to the environment, especially when the child does not particularly want to do so. These abilities underlie the emergence of self-regulation. The skills involved in effortful control are likely quite important for learning and children’s emerging adjustment and social competence. Also, children who are not well regulated are likely to elicit negative reactions from both peers and adults.

Temperament’s influence on developmental pathways and outcomes has now been recognized, even in areas that have traditionally been seen as almost exclusively the result of socialization, such as conduct problems, empathy and the development of conscience.

The current list of temperament dimensions includes three broad basic dimensions: Extraversion/Surgency, which is related to positive emotionality, activity level, impulsivity and risk-taking; Negative Affectivity, which is related to fear, anger, sadness and discomfort; and Effortful Control, which is related to attention shifting and focusing, perceptual sensitivity, and inhibitory and activational control. These factors have been linked to emotional and attentional brain systems in humans and in non-humans.

Temperament develops over time. During the first few months of life, individual differences can be observed in attentional orienting, distress proneness, positive affect and approach, and frustration. Late in the first year and beyond, there may be individual differences in behavioural inhibition to novel or intense stimuli. It is also late in the first year of life that children begin to develop effortful control. This ability develops rapidly in the first four years of life, with marked improvements occurring in the third year. Considering the rapid pace of development during the first years of life, it is not surprising that children’s temperamental traits show only modest stability during infancy and toddlerhood and then show a rather large increase in stability by around age three. However, temperament does not appear to become more stable during the elementary-school years and adolescence. In other words, preschool-age children’s temperamental traits meaningfully predict their later personalities, but there is also good evidence that children do still change across the childhood and adolescent years.

There is good evidence that children’s temperament traits make some life outcomes more or less likely to occur. For example, it is clear that effortful control is linked to positive development, even in the first five years of life, since it has been associated with lower levels of problem behaviours and has been found to correlate with and predict low levels of negative emotion, highly committed compliance, high levels of social competence, and conscience. Links have also been identified between temperament and the development of psychopathology.Relationships have been found between temperamental fearful inhibition and later anxiety, negative affectivity and depression. Extraversion/surgency and low effortful control have also been associated with the development of behaviour problems. Negative emotional reactivity has been found to predict both internalizing problems (e.g., anxiety, depression) and externalizing problems (e.g., aggression, rule-breaking).

Yet it is important to remember that temperament is not destiny. Even if they have a basis in genetic and other biological processes, temperamental traits are shaped by a combination of genetic and environmental factors both early in development and across the childhood years. For example, four-month-olds who show high levels of motor activity and distress, called high-reactive, are likely to become inhibited to the unfamiliar at 1-2 years old and report more unrealistic worries and more frequent bouts of depression at age 18, whereas low-reactive infants are likely to become uninhibited to the unfamiliar in the second year and are at a slightly higher risk for asocial behaviour at age 18. However, most of the children in both groups will not develop any mental symptoms or psychiatric condition. Seriously negative outcomes require very specific rearing conditions.  In other words, children’s experiences play a part in whether a trait leads to positive or negative outcomes, and the history of a child’s experiences with a given situation or another person becomes increasingly important in the child’s life.

Among these experiences, parenting may play an especially important role in moderating the outcomes of children’s traits. First, child’s temperament and parenting influence each other. For example, child positive emotional reactivity, fearfulness, and self-regulation elicit warmth from parents, whereas child negative emotional reactivity results in more negative parental control. Second, child’s temperament and parenting also interact to predict outcomes. For example, children who have high levels of fearfulness are less likely to have internalizing and externalizing problems if their parents are high in warmth and in gentle discipline strategies. Genetically informed studies also help understanding these interactions. For example, children at genetic risk for behavioural difficulties characterized by poor physiological regulation were shown to be less vulnerable to such difficulties when exposed to sensitive caregiving early in development.

Parents should appreciate that each temperamental quality has advantages and disadvantages in contemporary society. Also, research on temperament suggests the importance of education to help child-care workers, teachers and parents realize that children’s behaviour and emotions are not solely the result of social learning.  Instead, children differ from an early age in their reactivity and self-regulation and may follow different pathways to developmental outcomes. The caregivers can thus become more accepting and valuing of each individual child.

Children’s traits and the outcomes of those traits can be modified directly through prevention and intervention efforts.  Intervention programs have been designed to modify children’s typical patterns of behaviour, including their self-regulation abilities, emotional competence, and coping skills. Training in attentional control has been successfully used with four-year-old children, and can be adapted to preschool settings.

Different parenting strategies appear to work better for children with certain temperaments. This can be explained by the “goodness of fit” theory, as suggested by Thomas and Chess. Shy children appear to benefit from being encouraged by parents to explore novel situations and are more likely to remain shy and inhibited if parents are overprotective. Children who are aggressive and difficult to manage seem to benefit from a parenting style involving more restrictive control and lower parental negativity. Firm, consistent parental discipline appears to be particularly important for children who have difficulties with self-regulation. Since children who have high levels of negative emotionality or self-regulatory problems present greater challenges to parents than other children, it may be especially difficult to provide optimal care for them.  Their parents appear likely to use less firm control over time,but they are also the very children who especially need calmly-persistent caregiver efforts. Fearful children tend to develop greater early conscience and do best under parental warmth and gentle discipline that promotes internalized conscience. More fearless children appear to benefit more from maternal responsiveness and their own security of attachment in conscience development.

Finally, some children pose greater challenges in certain contexts to caregivers because of their temperaments. In such cases, caregivers are likely to benefit from additional support and education. They can be helped to avoid negative responses that might naturally be evoked by children with more difficult temperaments. For example, parents have been successfully taught how to manage irritable, hard-to-soothe infants so that such children can develop positive coping strategies and secure attachments with their caregivers. 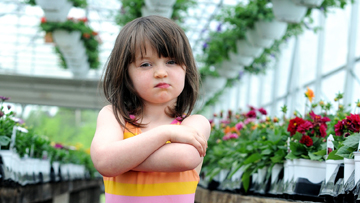 All children are born with a unique personality and temperament. Their temperament affects how they behave and react to situations. However with the right approach, parents can mitigate some of the challenging aspects of their children’s temperaments.

Overall, children tend to have better temperaments when parents show lots of support and affection, set limits, use positive discipline, and respond consistently to their needs.

Temperament, Parenting and Implications for Development

Temperament and Its Impact on Child Development: Comments on Rothbart, Kagan, Eisenberg, and Schermerhorn and Bates

Parent-Child Relationships in Early Childhood and Development of Anxiety & Depression

Temperament channels development, but is not destiny