Child maltreatment, or violence in any form, can cause serious harm to a child’s development, with long-term repercussions. It is imperative to understand the ramifications, both as parents and as a society, in order to prevent, detect, and ultimately, eradicate child maltreatment in all its forms.

Child maltreatment is a major public health problem, affecting at least one in three Canadian children before the age of 16. Recent increases in the reported rates of neglect and intimate partner violence (IPV) exposure have been attributed to widening definitions of child maltreatment, as well as professionals’ improved ability to detect maltreatment. In contrast, the reported rates of child sexual abuse (CSA) have been on the decline, but the reason is unclear; this may reflect an actual reduction, perhaps due to the success of prevention programs, but could also be attributed to an increasing reluctance of victims to report the abuse, or more restrictive criteria to identify CSA. In fact, a meta-analysis measuring the prevalence of CSA around the world, estimated nearly 13% of adults self-report as having been the victims of CSA, a rate which is more than 30 times higher than the one of official disclosures.

Child maltreatment in any form causes long-lasting harm to children’s health and development, and in Canada, the lifetime economic costs of CSA alone have been estimated to be $9.3 billion. recognize the abuse, intervene, and address its detrimental effects.

Maltreated children are at risk for a multitude of health problems such as growth, development and chronic physical and mental health conditions that extend into adulthood. Substance abuse and criminality in adolescence and adulthood are also frequently observed in these individuals. There is also growing evidence of the neurobiological effects of all types of maltreatment, including neglect and emotional abuse.  The effects of maltreatment and associated risk factors vary as a function of the type of child maltreatment.

The most direct consequences of physical abuse are injuries, serious ones involving head trauma and damage to internal organs; injuries such as bruises visible on the skin are the most common ones. Poverty, single-parent family, early pregnancy, domestic violence, and mental health problems are all considered environmental risks for this form of abuse. Although physical abuse is most frequent in older children, deaths caused by physical abuse are much higher in infancy and toddlerhood. The rate of death increases when the child lives with an unrelated adult, but overall has been consistently dropping over the past three decades.

Although clinical symptoms of CSA are not apparent in 1/3 of victims at the time the abuse is reported, CSA victims are at risk of experiencing mental health problems, including post-traumatic stress disorder, depression, substance abuse and dissociative symptoms (feeling that one’s conscious experience is disconnected from one’s environment, body, or emotions). Risky unprotected sex is also common among victims. In adulthood, CSA victims often continue to deal with mental health problems, are prone to involvement in violent relationships, and women are 2 to 3 times more likely to be sexually assaulted. Girls experience a twofold risk of CSA compared with boys, but this may be because boys are reticent to disclose the abuse. CSA occurs more frequently among adolescents between 12 and 17 years of age, though girls tend to be molested at a younger age and for longer than boys. Support from the parent who is not the perpetrator and no prior history of abuse have been identified as protective factors that can help children cope with the abuse.

Unlike abuse, neglect is typically not committed intentionally, and often results from problems that impair a parent’s ability to meet a child’s needs. However, the negative consequences of neglect can be as damaging as those of abuse, especially when it is severe, chronic, and when it occurs early in life. Neglected children are at-risk for experiencing physical and mental health problems. In preschool and school-age children, social withdrawal, negative peer relations, academic difficulties, and depression are more common among neglected children relative to abused victims. As adults, they show similar risk of involvement in violence relationships compared with those who were physically abused.

This form of maltreatment is difficult to determine and document as it is less visible in its impact. Children exposed to emotional maltreatment can experience chronic stress that leads to physical and/or emotional impairment, such as risk behaviours (e.g., alcohol abuse) and early and persistent psychiatric disorders.

Even when exposure to IPV does not lead to clinical maladjustment, it may cause small distortions (e.g., favorable attitudes toward violence) that predispose children to experience more severe problems later on (e.g., believing that one is the cause of domestic violence, becoming violent themselves). Compared to children in non-violent households, those exposed to IPV are more aggressive and anxious, and they experience more problems with peers and at school. Children under 5 years of age are the most likely to be exposed to IPV because domestic violence is more common among couples with children in this age group. Unfortunately, these children are particularly vulnerable to the damaging effects of IPV because of their restricted coping skills and understanding of conflict.

The key to reduce child maltreatment is a strong focus on prevention. Strategies used to prevent the occurrence of maltreatment have been grouped into three major categories.

Children at risk of maltreatment can benefit from structured, enrichment activities with caring, consistent adults outside of the home (e.g., school, quality preschool). In a small minority of cases investigated by child protective services, children need to be removed from the home for maltreatment and ongoing safety concerns. In these cases, foster care can enhance children’s mental and physical health and provide better outcomes in the behavioural, social and academic realms.

Given that financial difficulties put children at risk for maltreatment, fighting poverty can go a long way in promoting children’s safety. In addition, policies on employment flexibility can help parents establish a healthy balance between their home and job responsibilities. Promoting coping and resilience in contexts of adversity is important.

Professionals working with children can contribute to making reduction of child maltreatment a priority. Abuse and neglect should always be considered in the assessment of children presenting with injuries or mental health problems. Trained workers should also become familiar with the cultural context in which children grow up to ensure that children’s needs for safety, nurturance and protection are met no matter what the cultural practices. 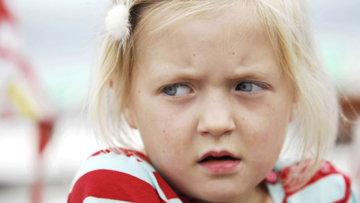 Child maltreatment is comprised of all abusive or neglectful actions committed by adults against minors. Maltreatment can be classified into the five following types:

Prevention is the key to ending child maltreatment. Some programs are promoted as preventing maltreatment, but they have not been evaluated.

Given the huge impact of abuse on a child’s development, it is vital that we find ways to prevent maltreatment from occurring in the first place.

Recognizing and Responding to Child Maltreatment: An Overview

Resources for parents who are victims of domestic violence