Alcohol consumption during pregnancy — the leading cause of birth defects — can have serious and irreversible consequences on development, from birth to adulthood. Some intervention and prevention strategies can reduce the incidence of Fetal Alcohol Spectrum Disorder (FASD).

Alcohol use during pregnancy : a dangerous “cocktail”

Alcohol use during pregnancy: a dangerous "cocktail" (Aboriginal parents)

Alcohol consumption in women of childbearing age has maintained around 55% worldwide in the last 20 years, including roughly 11% of pregnant women who reported consuming alcohol in the previous month. Other research has found that 30% of women admit consuming alcohol at some point during pregnancy, and 8% report having had more than four drinks on one occasion. Although most women reduce their consumption once they find out they are expecting, many of them do not know about the pregnancy before the fourth or sixth week of gestation and continue drinking during that period. Although experts advice women to avoid alcohol during pregnancy or while trying to conceive, drinking continues to be reported by women perhaps due to persistent confusion about the effects of alcohol on fetal development.

Despite its entirely preventable nature, prenatal alcohol exposure (PAE) remains the leading cause of congenital abnormalities, intellectual impairment, and other developmental problems in children. Complications due to maternal alcohol consumption during pregnancy affect families and children from all ethnic and economic backgrounds.

One of the most severe birth defects caused by PAE is Fetal Alcohol Syndrome (FAS). FAS is an enduring and irreversible condition marked by a set of distinctive facial traits (e.g., small openings to the eyes, thin upper lip, flattened area above the upper lip) as well as growth deficits and central nervous system dysfunction. On average, approximately 1 - 3 per 1,000 viable infants are born with FAS, and these rates increase to 10 - 15 per 1,000 in at-risk groups such as the foster care population.

Given that most children exposed to alcohol during the prenatal period do not exhibit all of these defects, the term Fetal Alcohol Spectrum Disorders (FASDs) has been introduced in recent years to incorporate the range of deficits associated with PAE. The prevalence of FASDs in the general population is estimated at 5%a.

Aside from the direct devastating effects prenatal alcohol exposure has on children and families, it also represents a significant financial burden for governments and communities. For instance, the lifetime cost for the care of one child with FAS is estimated at $2 million in special medical, health and educational resources.

The severity of the adverse effects of PAE varies across children, and depends on a number of factors, including the extent of the PAE (amount, timing, incidence) and genetic predispositions. However, even a small amount of alcohol consumed during pregnancy can have lasting effects on offspring. As little as one alcoholic beverage per week in the first three months of pregnancy has been associated with psychiatric problems at age 4 and 8 in young girls, even after controlling for a variety of confounding factors.

Alcohol consumption during pregnancy has been associated with a wide range of negative outcomes throughout development. Infants and toddlers who have been exposed to alcohol in utero display dysfunctions in sleep, regulation, orientation, and habituation. They tend to be more irritable than unexposed children. Heavy alcohol consumption is also associated with more negative emotionality in infants, which in turn, can diminish the level of responsiveness, support and stimulation provided by the mother, and can ultimately exacerbate the negative impact of PAE on development. After controlling for age, ethnicity, and family income, prenatally alcohol-exposed children are much more likely to be classified with an insecure attachment or symptoms of depression than unexposed children.

Disturbances in infancy often persist in childhood, where alcohol-exposed children show increased reactivity, irritability and activity level, and struggle with deficits in attention. Difficulties experienced by prenatally alcohol-exposed children are also noted in the neurobehavioural domain, and include impairments in intellectual, language, memory, visual-spatial problem-solving, and executive functioning. Children with FASDs are also more likely than unexposed children to be diagnosed with Attention Deficit Hyperactivity Disorder (ADHD) and to display behaviour problems and poor adaptive skills even after controlling for intellectual functioning.

PAE continues to have an impact on adolescent and adult offspring. One of the most documented effects is the high incidence of mental health problems, such as mood and personality disorders in this population. Problem behaviours and delinquency are also more common among adolescents and adults with FASDs than among non-exposed individuals. These individuals engage in more illegal acts, antisocial conduct, inappropriate sexual behaviours, and are more frequently incarcerated. They are also more likely to experience socioemotional, occupational, and substance-related problems.

The most direct and obvious way to prevent FASDs is to eradicate alcohol consumption in women who are either pregnant, planning a pregnancy or who could become pregnant. However, despite health recommendations, the rates of alcohol consumption of women of childbearing age have remained stable. In addition, inconsistent information given to women and disputes about what is the safe amount of alcohol women should consume during pregnancy contribute to confusion. A clear consensus based on a systematic review of research on PAE is strongly needed, and should guide the recommendations and practice of professionals.

The most successful prevention strategies have been screening for alcohol consumption by health care professionals accompanied by brief interventions or extended brief interventions with pregnant and non-pregnant women of childbearing age. The efficacy of these treatments is also enhanced by implicating the woman’s life partner in the intervention. Health providers must therefore be thoroughly informed and educated about the harmful effects of drinking during pregnancy, and how to conduct brief interventions with women.

For alcohol-exposed children, a classification of syndrome-specific profiles would facilitate diagnosis in the absence of distinct facial characteristics. This would also ensure early identification and intervention, which has been shown to predict positive outcomes in this population. Pediatricians, nurses, educators, and early childhood mental health consultants should all be trained in recognizing the different signs of PAE, and in asking about and keep accounts of maternal alcohol consumption during pregnancy.

Results from animal research also suggest that certain substances could attenuate the negative impact of alcohol on the fetus. For instance, while dietary deficiencies (e.g., low levels of zinc and iron) may worsen the adverse effects of alcohol on fetal development, taking certain supplements (e.g., choline, zinc, vitamin C, E, and B-carotene) may protect against these effects. Exposure to other substances, such as lithium and neuroprotective peptides, has also been successful at reducing the severity of the effects of PAE in animals, but this has yet to be shown in humans.

Different interventions on prenatally alcohol exposed rodents have been linked to positive outcomes, including neonatal handling, enriching environment and rehabilitation. In humans, social skills training, socio-cognitive programs focused on mathematics and behavioural regulation have been successful at improving the functioning of children with FASDs. Family interventions can also improve the well-being and daily adaptation of alcohol-exposed children while simultaneously assisting and supporting parents to provide stable and optimal care to their children.

One way to thoroughly trace and organize the types of services offered to children with FASDs is to strengthen cooperation and communication across different child care systems, including health care, child welfare, community centers, and Early Start and Head Start programs. This initiative can also guarantee that FASD does not go undetected.

Existing therapies for children with FASD include behavioural, language, occupational and physiological treatments. The success of those treatments could be improved by taking into consideration the deficits and needs specific of children with FASDs. For instance, although many children with a FASD are prescribed stimulants for ADHD symptoms, the negative side effects of these drugs appear to be particularly salient for children with FASDs, and should therefore be prescribed with caution. Given that the occurrence of FASDs is scattered across economic classes and ethnicities, the assistance provided to these children and their families should be adapted to meet different community and cultural needs. 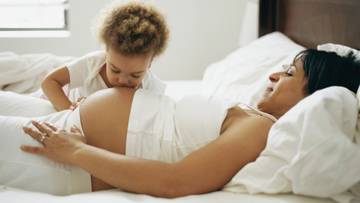 How can FASD be prevented?

To this date, no safe drinking limits during pregnancy have been established. Therefore, the most direct way to prevent Fetal Alcohol Spectrum Disorders (FASD) is for women who are pregnant or planning to become pregnant to stop drinking alcohol.

Prevention strategies such as screening and brief interventions can help women of childbearing age who have problems with alcohol misuse. These interventions can be provided by individuals in health care and in other settings in which women receive services.  Involving the women’s life partners to provide support at home is useful but many women can reduce their alcohol consumption on their own with appropriate interventions.

What remains clear is that future parents and health care providers should be thoroughly informed and educated about the harmful effects of drinking during pregnancy.

FASD: Prevention and Nutrition: Commentary on Floyd, Denny and Weber, and Nguyen and Thomas

How many children smoke and drink before they are born?